Evidence of credits in sinology to the extent of at least 120 C must be submitted, including credits totaling at least 24 C from at least two of the following areas: history, religion, politics, society, philosophy, linguistics, economy or law of modern China.

1) Applicants with a native language other than modern Mandarin Chinese must possess sufficient knowledge of modern Mandarin Chinese. Evidence of sufficient language skills is to be furnished by passing an examination on level 5 of the Hanyu Shuiping Kaoshi (HSK) test or Band B Level 3 of the Test of Chinese as a Foreign Language (TOCFL); instead of an HSK or TOCFL test certificate, the necessary language skills can also be proved by successful participation in the language aptitude test offered by Georg August University.

Applicants who have spent at least one year studying or working in an English-speaking country are exempt from these requirement. Moreover, the exemption applies to applicants who have successfully completed a course of study of at least two years in the English language (proof required) as well.

A certificate of proficiency in English must be submitted within the first semester after enrolment. Pending that proof of language proficiency the enrolment is subject to conditions precedent. 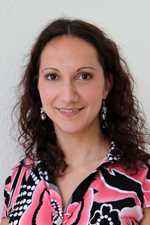